RSS
← Pray for Haiti
We stand with Haiti → 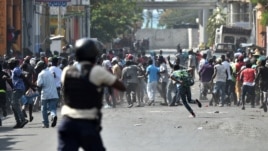 ← Pray for Haiti
We stand with Haiti →

2 responses to “Keep praying for for Haiti”