On Tuesday, March 28, we were blest with some new visitors, who actually are our neighbors a few miles away in Cayes, Jacmel. They were Cuban doctors from the Cuban Hospital in Cayes, Jacmel. During our past four years working with our medical clinic, we have heard a lot about the hospital and its services for the poor. It was established after the 2010 earthquake, under the leadership of Fidel Castro, for whom the Cubans we met still have a profound respect. The doctors came to visit us; they had heard about the Klinik Manman Angela and the work we are doing throughout the Diocese.

It was a wonderful meeting, and we were invited to visit the hospital to see what they are doing to help the poor. We were able to share some hospital supplies that we had received in our container, and they were grateful. We, too, were grateful for this meeting because we have been seeing a few woman who are pregnant and cannot afford any type of prenatal care. God brought the Cuban doctors to us. Another amazing Haitian miracle!

On Wednesday, March 29, we decided to visit the hospital and see for ourselves the work they do for the poor. They gave us a tour of the hospital. We even visited the operating room. 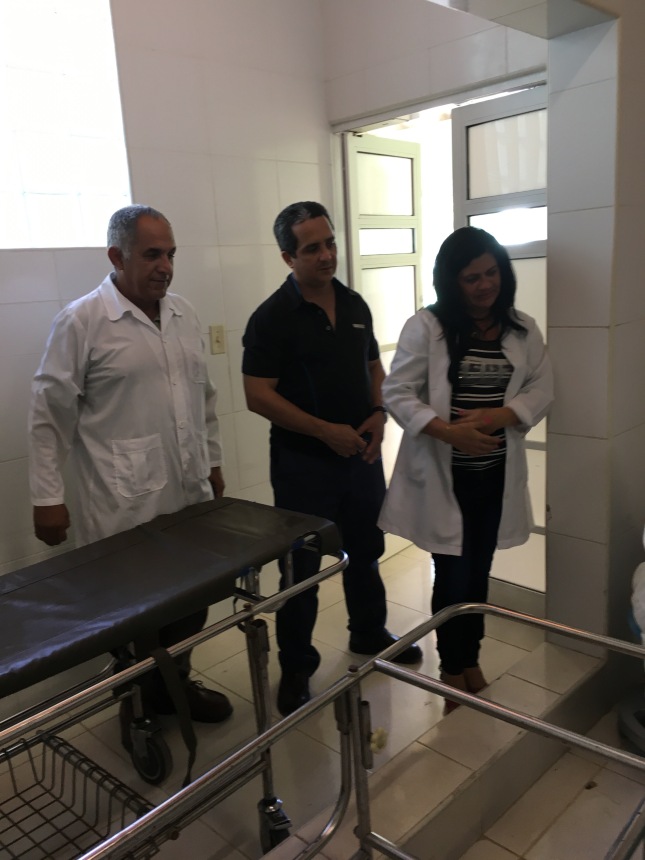 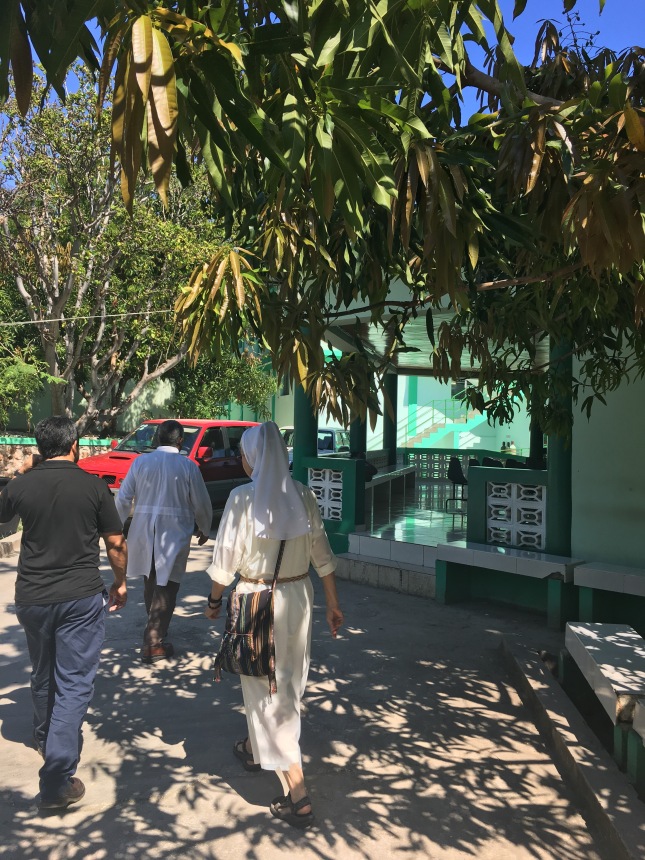 Posted by Felician Mission: Haiti on March 31, 2017 in Uncategorized

Our women and Haitian hair styling!

Edline and her family get a home of their own

Edline is a young single mother with three children and one on the way. She and her family come from the mountains. Edline arrived in Jacmel last Fall because she wanted her children to attend school. She did not have a place of her own so  she lived with her cousin for a time. After awhile, they could no longer stay because none of these shacks are not large enough for eight people, nor do they have beds on which to sleep. It is very common here in Haiti for the poor to be sleeping on the floor on just a piece of cardboard. At the time we met Edline, she was suffering from stomach problems, especially in the morning. Well, we found out that she is pregnant. She is due in July. We have her now in a program that offers pre-natal care. We also have been blessed to help her have a place of her own for her family. 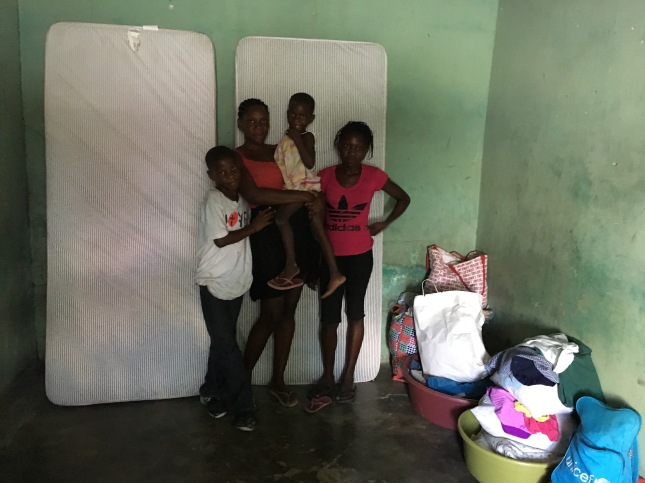 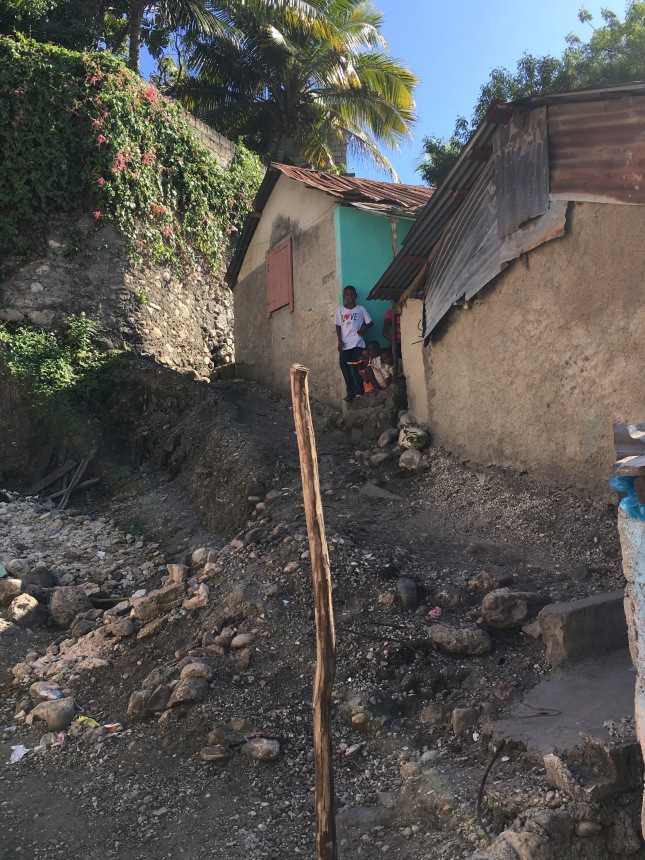 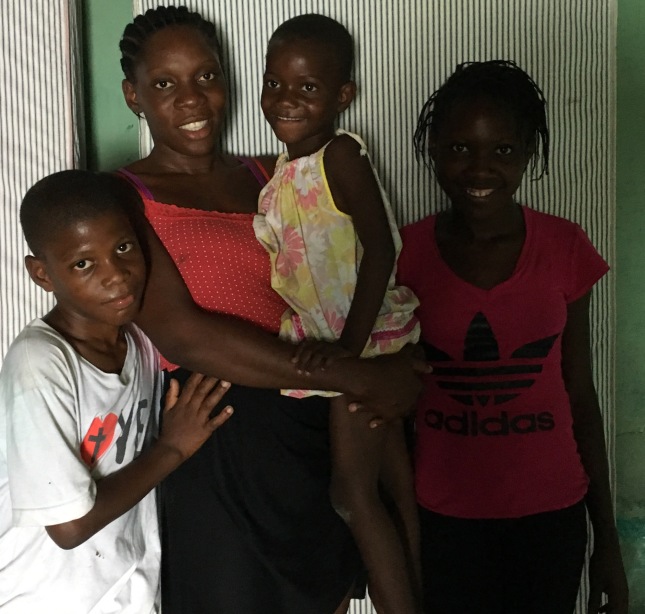 Where our kids play!

Here is where our kids play when they are not on our compound. We look forward to the day when they can come to our new mission site, which is in the process of construction–to play and have fun!

😮 Hornets in the kitchen. 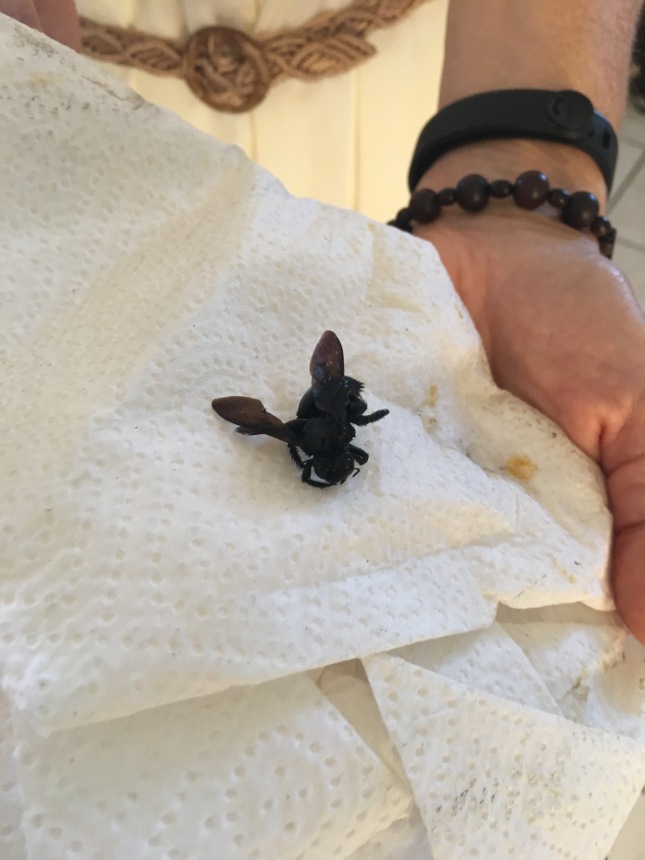 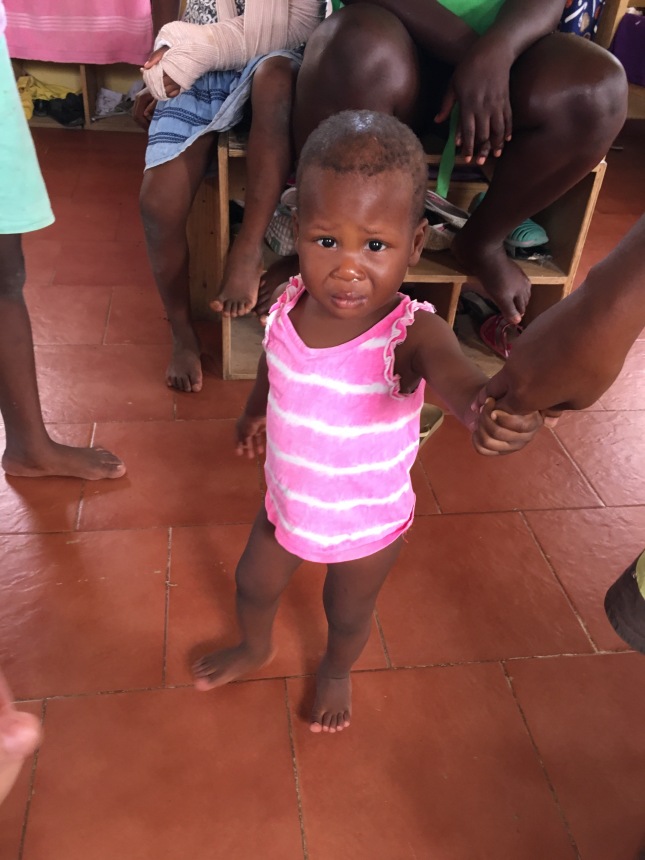 Do you remember Rosamita?  Last year in November, we needed to find a safe place for her to live and finally found Children’s Hope Home for her. We visited Rosamita before Christmas and wanted to see her again after the holidays. But you know how quickly time passes…well, today we went to see Rosamita and to bring some clothes, candy and toys to the children where she lives. She is walking and looks very healthy. She has everything she needs except parents. Rosamita’s parents do visit her every month. We are happy she is well cared for but sad it has to be this way. 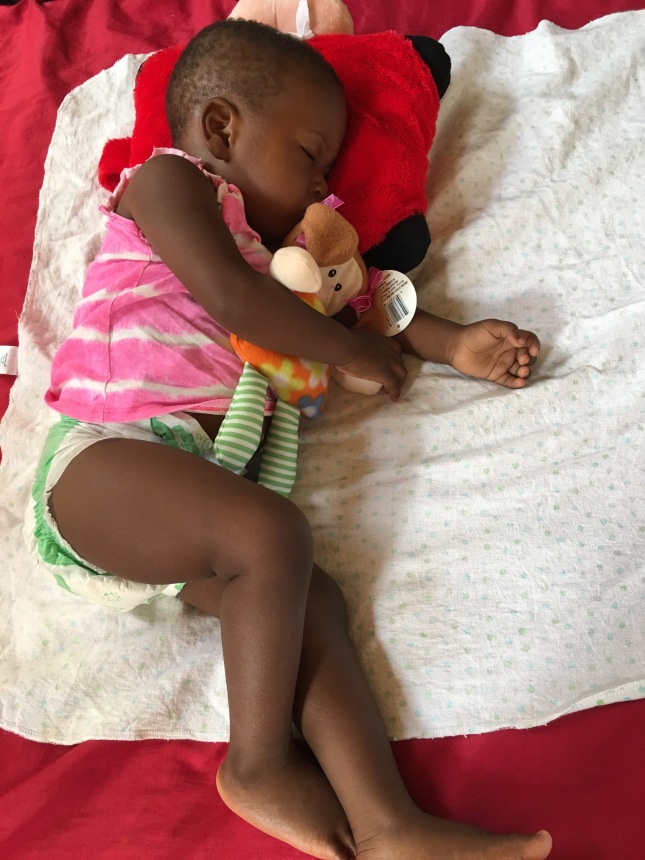 Posted by Felician Mission: Haiti on March 14, 2017 in Uncategorized

“Water with Blessing” reaches out to the fragile💧💦

On Thursday, March 9, and on Monday, March 13, we had a new group of “Water Women” for formation. These women are very special because they are from a group of women who are sick with AIDS. There is an organization that is led by a Haitian woman who tries to help these women physically, psychologically and spiritually. They are fragile in many ways but still wanted so much to become “Water Women” for their families and neighbors.

We are now in the process of training two of our women, Madanm Omanie and Melinda, to be the coordinators of the “Water with Blessing” Project. It is a blessing to watch them lead the group. At the end of this month, we will have another 20 women enter the formation process to become “Water Woman,” in the “Water with Blessing” Project. Clean water is such a need here in Haiti.

Posted by Felician Mission: Haiti on March 14, 2017 in Uncategorized

Life and death in a unique struggle

Here in the Haiti mission, the Lord shows us again and again how the Gospel is so real. Whatsoever you do to the poor you do to me, or when I was sick you comforted me, or when I was a baby you clothed and fed me…so many opportunities to experience the living Word in our midst. Last week, in the same house, one elder is dying and new life is born at the same time. It certainly does put life into perspective. We thank God for these moments. 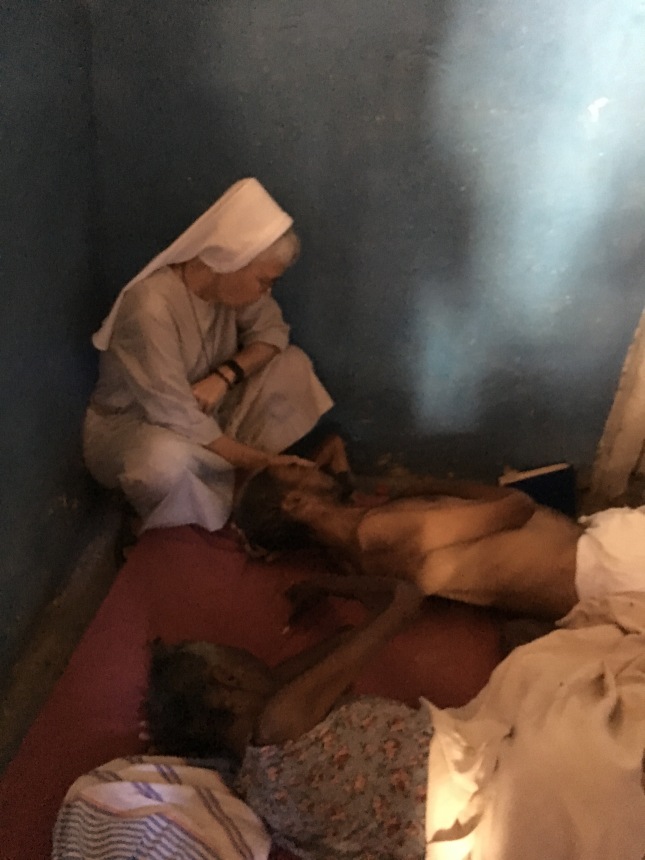 Posted by Felician Mission: Haiti on March 13, 2017 in Uncategorized

Sr. Victoria and Madonna University students and friends make their Spring break a Mission of Mercy!

On Friday, March 3, Sr. Victoria Marie arrived with six nursing students and friends to share in our Haiti Mission with the Mother Angela Clinic and homecare nursing. As always, Sr. Victoria brought many over-the-counter medicines and vitamins, hygiene kits, and other useful items for the mission. We always enjoy our Madonna University friends who walk in relationship with our Haitian sisters and brothers. We thank them all for sharing their skills and passion for healthcare with us.

The first few days they did healthcare assessments on the children and people in our community. Those that needed to see a doctor saw our clinic doctor, Dr. Wanitha, the following day. 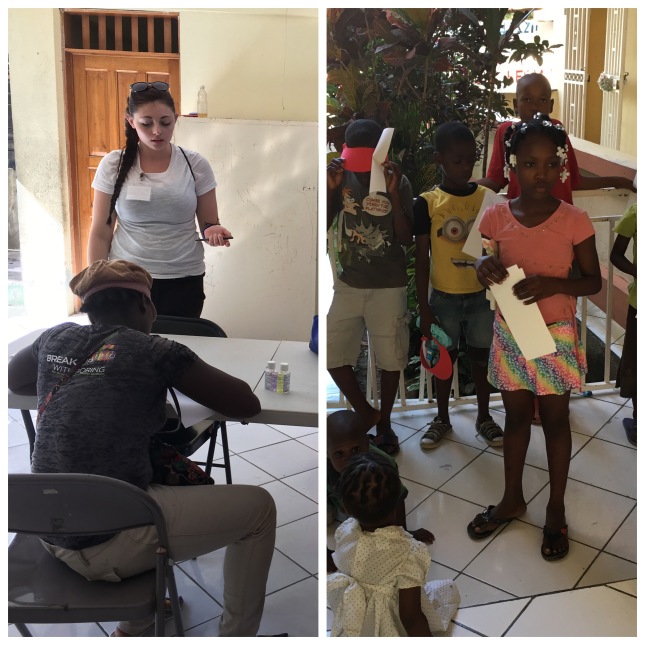 Helping and assisting in the Mother Angela Clinic. 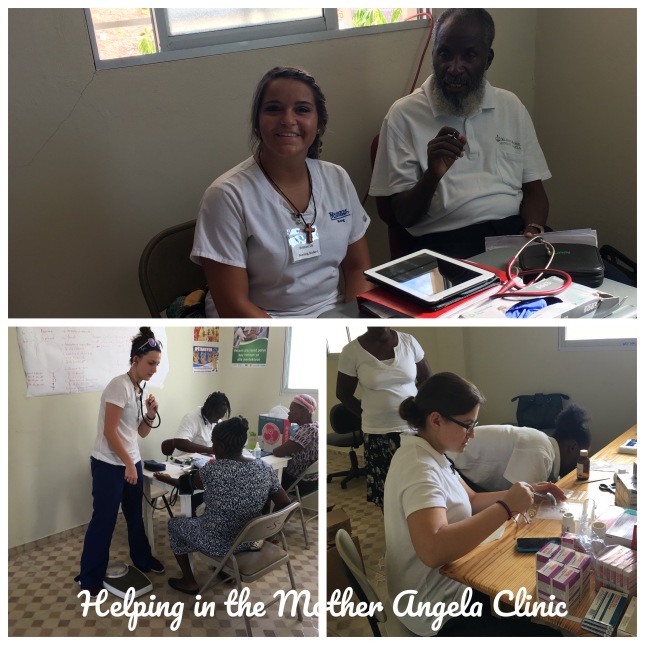 It was a blessed week of sharing and meeting the needs as they came, which is what the Felician Haiti Mission is about. Our new Felician Mission friends left on Friday, March 10.

Posted by Felician Mission: Haiti on March 11, 2017 in Uncategorized

The Way of the Cross

On Friday, March 3, our children who participate in our catechesis program gathered for the Way of the Cross. Using scripture, signs and symbols, we walked the Way with Jesus, remembering His suffering and death and praying to know the way we can follow Jesus. At every station, one or a few kids participated in wearing or carrying a sign or symbol of the Way Jesus walked.﻿ 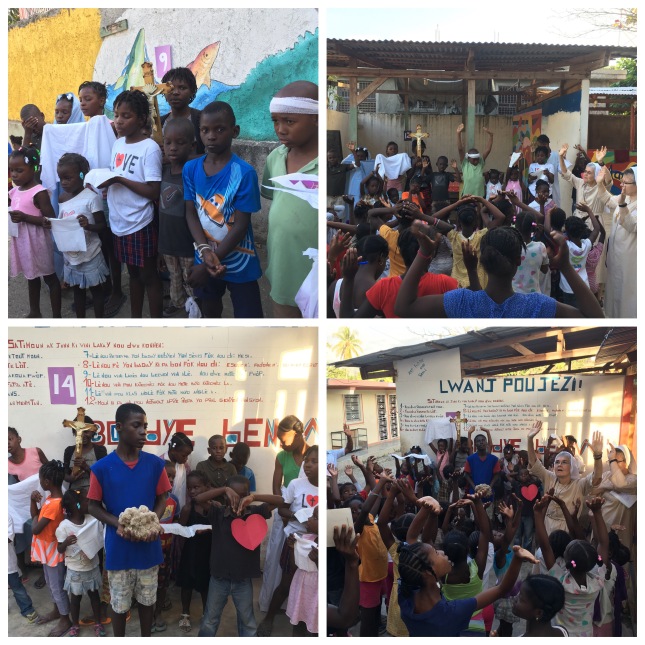 Posted by Felician Mission: Haiti on March 7, 2017 in Uncategorized