Another project done by Sr. Francis while she was in Jacmel was the painting of our Haitian kitchen wall. The kids organized themselves around her, and they all wanted to help her. They appeared very quickly and did not want to leave for a moment. What Sr. Francis had first designed was not the finished creation because the kids took over. This wall is the work of many hands, something Mother Angela would love.

The morning after Sr. Francis left, we noticed that there was a meeting of our young kids with our older boys. They were having a meeting about a new club they wanted to start. The older boys came to us with a proposal to begin an art program called “Felician Sisters Artist Haiti.” They have some creative ideas and projects. After Christmas, we will be looking into this project. Sr. Francis, you need to come back! 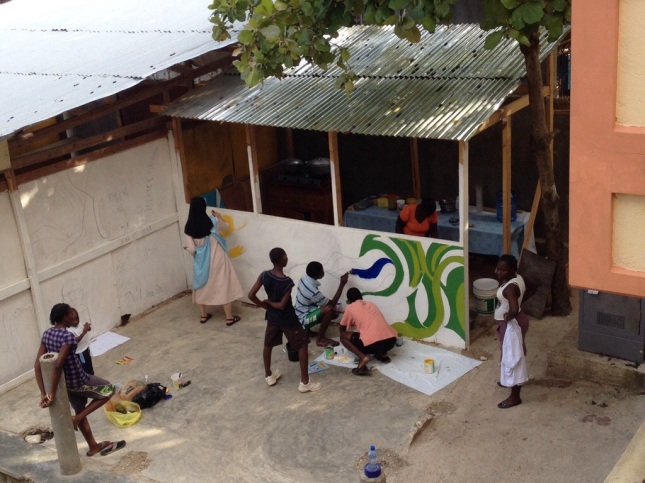 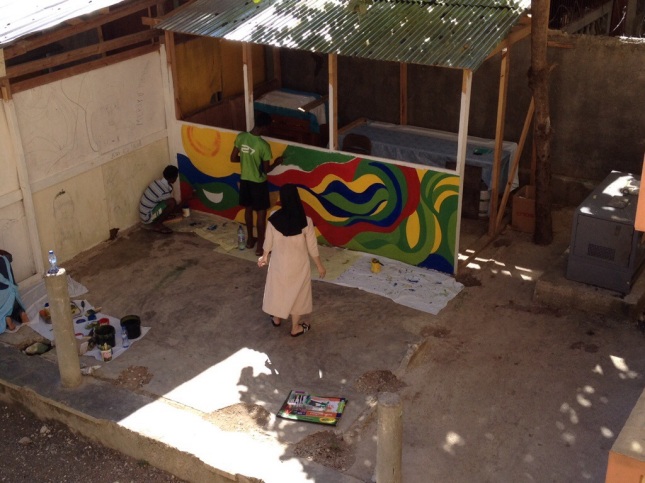 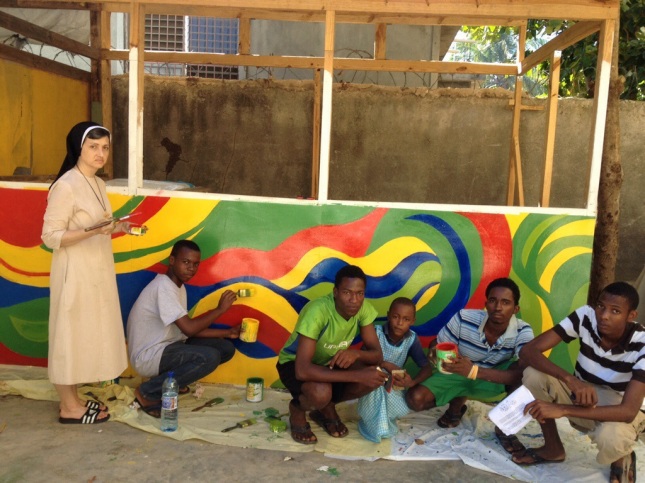 Posted by Felician Mission: Haiti on December 18, 2013 in Uncategorized