We were invited to join in prayer and solidarity for the intentions of the victims of violence in Haiti, especially directed towards the people of the Church. From November 2014 through March 2015, 25 religious communities have been attacked with some type of violence by thieves; some were wounded and killed. This violence has also touched many priests.

On Monday, March 9, all priests and religious men and women in Haiti gathered throughout the country for a day of prayer. The day began with adoration of the Blessed Sacrament and ended with Mass, celebrated by Bishop Launay Saturne in Sacred Heart Church.

In Port au Prince, along with prayer, there was a march in solidarity with all those who were victims of violence.﻿ 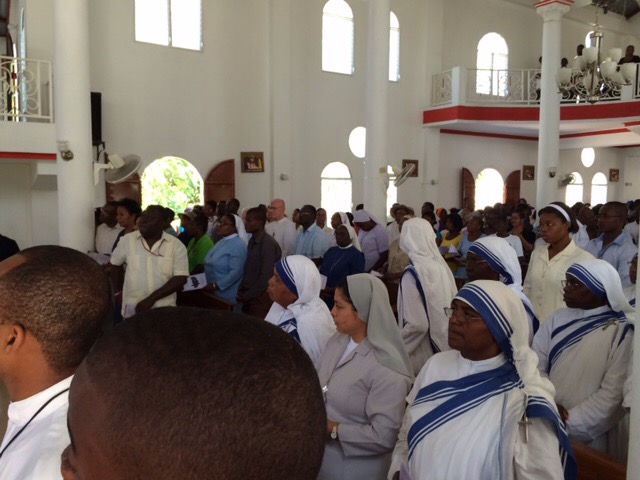 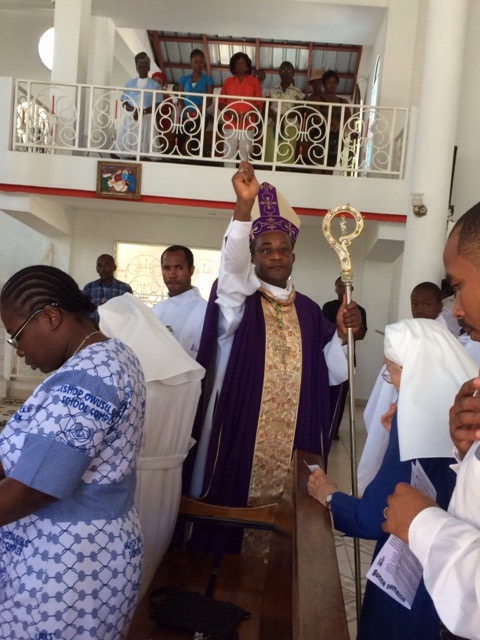 Posted by Felician Mission: Haiti on March 10, 2015 in Uncategorized

← Seeking a new leg for Daniel
Ali, Chris and Tim come to Haiti →

One response to ““I called on the Lord in my distress and he answered me.” Psalm 120:1”