A day of work in our container!😉

One day, a month or two ago, we went to see our container that was located at the Pastoral Center. To our surprise, it was not in its place. We soon learned that it had been moved because they needed to expand the building. We were happy about that since the container was right next to the entrance of the chapel, and we thought it was an “eye sore.” No one had told us it was moved, but we were grateful that they had moved it for us.

On Saturday, June 20, we knew we needed to go to the container to get some medical supplies that we wanted to share with the hospital, and we needed to clean out the container to prepare space for the next container which would be coming sometime in July. When we opened the container, we realized what had happend when they moved it–everything was turned over and tossed about; it was a mess. We were so shocked that we didn’t think of taking pictures! We got right down to work and began to move and go through boxes.  Please remember that it is 95 degrees here in Haiti everyday, starting at 10 a.m. 😅  We realized that this was going to take much longer than we expected. 😰 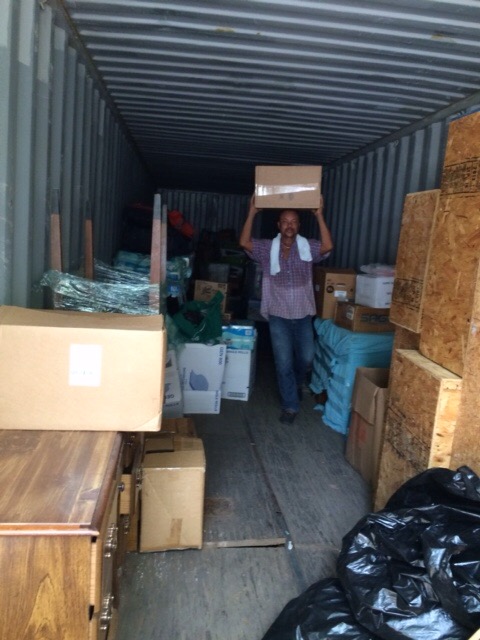 We thank God for Fritz who helped! 😎 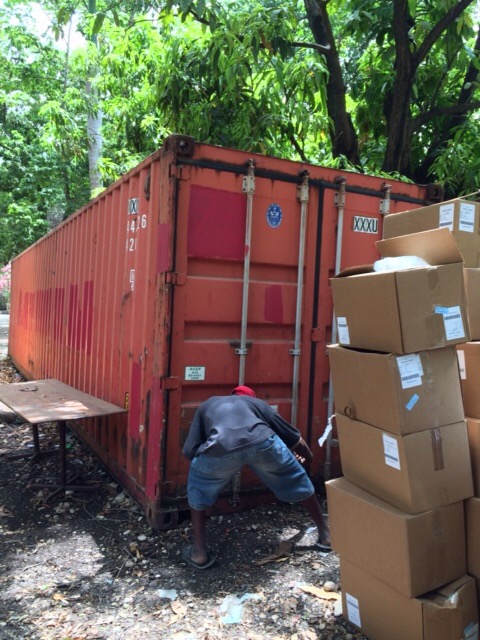 Posted by Felician Mission: Haiti on June 21, 2015 in Uncategorized

2 responses to “A day of work in our container!😉”