The joys of traveling 😏

After settling some business in Port au Prince, we were by the gate at 11:00 a.m. Everything was on time. We rejoiced because the last time we left Port au Prince we had been delayed six hours, because a flock of birds had hit the engine. We already started to plan what we would get to eat at the Mexican Restaurant in the airport. We boarded the plane at 12:20 p.m., and then it was announced that there was engine problem so we had to de-board. We were delayed four hours this time, but we knew that we would not make our connecting flight again. We finally left at 4:50 p.m. and arrived in Miami at 7:00 p.m. Here we go again…We need to get a flight back to NJ. We were scheduled for the 9:00 p.m. flight to Newark. We were happy to get flight, but we did not get a voucher to get something to eat. The 9:00 p.m. flight was on time. We boarded the plane, ready to go, as we were eating some Greek yogurt. And then came an announcement. There was no flight crew. We needed to wait for a new crew that was coming from La Guardia, which meant we had to de-plane again and wait another hour. Looks like we will not get back until after 1:00 a.m.

We hope this is the end of the story…😴 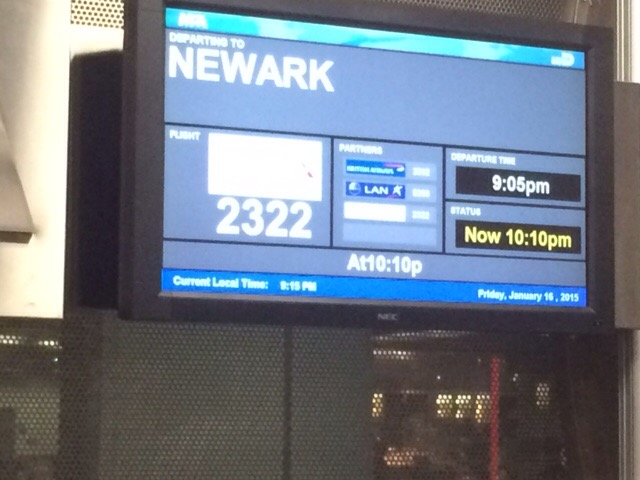 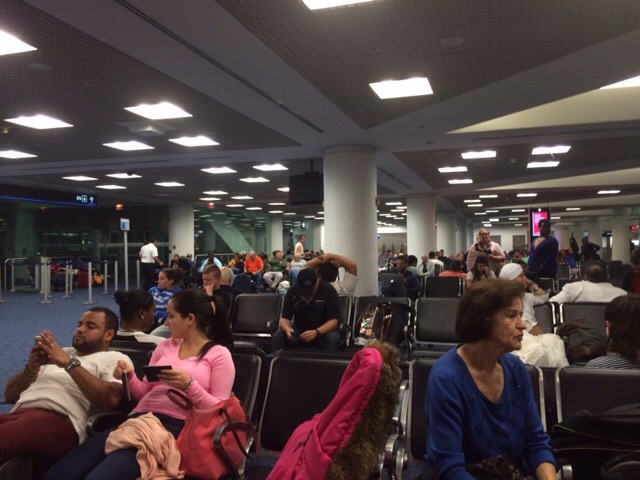 Posted by Felician Mission: Haiti on January 16, 2015 in Uncategorized

← Visiting Fanm Dlo
Being about the Haiti Mission in the USA →

7 responses to “The joys of traveling 😏”